For all of you out there who are self-employed, especially in an artistic career,  you know how much work it is to, well, find work!  Sometimes the actual search for freelance jobs becomes a full time job in itself but when things click and clients start rolling in it’s the best feeling!  You get to create and do what you love while earning a living!  I fully admit to often stressing out between clients, feeling like the next project may never come along, but then someone responds to my application or inquiry with a “yes, I want to hire you for this book, magazine, logo, painting, illustration….” and it’s such a rush!

The last few months,  I’m very happy to say,  have been filled with freelance illustration & design work for clients across the US & abroad, and I wanted to share some of my favorite projects with you.  I’ve also been creating new one-of-a-kind Steampunk/Gothic jewelry as I vend at many events and this is the busiest time of the vending season.  The work below is my specialty…hand drawn pen & ink work, sometimes with watercolors,  as well as some pictures of the new jewelry (ranges from $15-$30 each).  Please feel free to comment or ask me any questions about this work and I hope you enjoy it!  Thanks for looking! 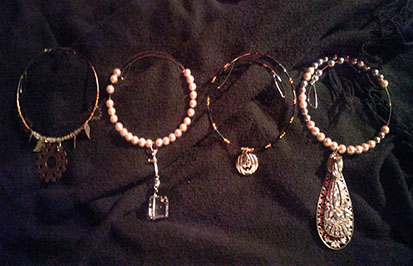 Here in NJ we had a rough, cold, snow filled winter so most of us are thrilled that winter is over and spring has officially arrived!  The Vernal Equinox has just passed…when day & night are equal…and now we move towards longer days and more light!  Couldn’t come soon enough, in my book.  I’m feeling more creative and inspired.  How about you?  Does the change in seasons, wherever you’re located, effect your creativity, artwork, projects, mood?  It has been scientifically proven that a lack of sunlight can have a negative effect on people’s mood, energy and health and that many do go into hibernation mode in the winter.  Not that I don’t appreciate the dark hours and it takes a lot to keep me from being social and going out, especially on weekends, but I definitely feel more energized when spring rolls around.  I’ve started a new Steampunk mixed media series of small, framed collage pieces called “ARTifacts” and MUST get moving on a painting I’ve been procrastinating on.  Also, I’ve been doing some freelance illustration work for clients across the US which not only hones my drawing and design skills but earns me money, so a win/win!

So, feel free to share your seasonally inspired stories here and in the meantime I hope you’ll enjoy some of my spring themed artwork I’ve created for clients over the years!

“Actually, She’s The Friend Of A Friend Of My Best Friend” by Laura Stamps ©

older than I look.”  How did he know

I was thinking about that?  I study his

face again, the smiling face of this stranger

beneath his youthful features, those sharp

edges softened by playfulness.  They tug

at me.  It’s as if he’s experienced more

hardship than he would ever admit.

Although maybe he just did, maybe this

he doesn’t look a day over thirty.

“You can read my thoughts?” I ask.

expressive.  It makes you easy to read.”

the cat toys in my display.  It’s after

six o’clock, and the Mayfest Arts and

Crafts Fair is officially closed for the day.

a Witch, too?” I ask, grabbing the plastic

storage tubs hidden beneath my table.

toys he just purchased from me in an

empty chair.  “But my brother is married

to one.”  I fold the tablecloth and tuck

I ask.  “Drayton Manigault,” he says.

He turns the display table on its side to

collapse the legs.  I smile.  I guess he

was serious about helping me pack up

that.  Sara and I have mutual friends.”

(This poem first appeared in the literary journal, “Bactrian Room”) 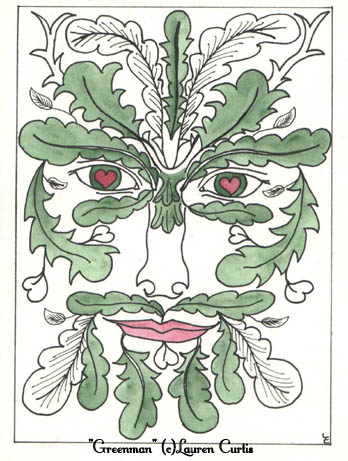 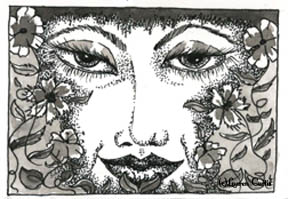 Laura Stamps is Wiccan, Seelie Fey, and a Fey sorceress twirling joyfully on pink wings. Bestselling author of Pagan novels (positive, empowering, many are romantic: Witches, vampires, faeries). 58 books published in 26 years. Her fiction and poetry have appeared in over 1000 literary journals and anthologies worldwide. She is the recipient of many literary awards, including a “Pulitzer Prize” nomination and 7 “Pushcart Prize” nominations. She’s also a runner, vegan, feral cat rescuer, and an avid gardener.  You can find her every day at her Tumblr blog:  http://laurastampserotica.tumblr.com/

I wanted to take a minute to wish all of you a Happy Winter Solstice /Yule (12/21)!!  While Christmas and New Year’s are just days away, this holiday season takes many of it’s symbols and traditions from the ancient Earth/Nature-centered celebrations of the Winter Solstice, which honors the darkest day of the year and welcomes the return of the increasing light!  The Christmas Tree is an ancient Pagan symbol of life as the Evergreens are the only trees to stay green (hence the name, lol) during this cold, dark season….they were adorned with lights to encourage the return of the sun (or son…get it??).  The Yule Log is, well, just that!  An another way to honor the death of the old god (represented by the tree log…often an oak) and the return of the new god aka LIGHT!  No matter what your beliefs, this is the time of year to gather with friends and family and create warmth in many ways!  And it’s a time of introspection on our own lives and how much we need to respect Nature and the cycles of the seasons and of life!

So HAPPY SOLSTICE/YULE everyone!!!

Here are a few of my Wintery holiday images for you…enjoy! 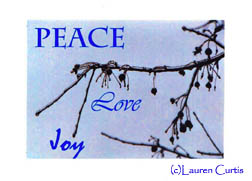 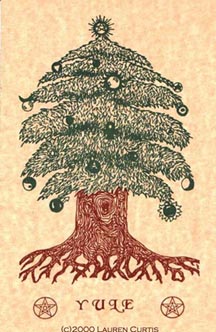 As an artist, I’ve always been somewhat of a creative schizophrenic…or maybe the proper term is artistic multi-personality??  Anyway, I work with a wide variety of media…started with pencil and charcoal drawings, moved to oils and acrylics, branched to photography and pen & ink with watercolors, finally digital art and collage…and now they’re all kind of merging together in a mixed media frenzy (like the tie in to the blog title??)

In this day and age of things going by so quickly & fads coming and going in seconds…and of me striving to earn a full time living as a freelance artist… I’ve found that having this wide selection of modes to work with can come in handy although I also admit that it can get a bit distracting.   So I have to find ways to achieve balance and focus.  Also, being diverse helps when earning income as I can translate my artwork to t-shirts, greeting cards, reproduction prints, jewelry, etc., which offers options for collectors and clients in a varied price range, making my art more accessible to more people!

Lately, my personal artwork has leaned much more to mixed media, especially combining collage, either digital or hand-cut, with photography or watercolors.  This allows me to use several of my preferred media all at once and create a new look while expressing my cohesive themes.  I really love utilizing (c)-free Victorian woodcut imagery, as I’ve always loved this era, and combining this element with my painting or photography work adds a vintage feel to modern pieces.  Here’s my latest creation, “Reminisce”.

And, while creating fine artwork to submit to exhibits and galleries, I also continue working on my commercial art;  in honor of my favorite up-coming holiday of Halloween, I’m having a pre-All Hallow’s T-shirt sale!  Anyone who orders TWO or MORE T-shirts will get 20% off!  Prices go from $20-$37 each, which includes s/h!  Shirts are 100% pre-shrunk cotton, come in white, gray or black, short or long sleeve, women’s cut in white, all sizes, including kids thru XXL!  Price depends on size, color & shirt type.  PAYPAL accepted to me at forestwalker333@hotmail.com  Here are a few samples…more can be seen on http://laurencurtis.imagekind.com

OK, promo portion of this blog is over…but it serves as an example of various ways to use your artwork to reach many types of people!

So, that’s just a small sampling of how I’ve incorporated my obsession with mixed media into my fine art and commercial work.  Feel free to post any questions about this post or comments about how you use mixed media in your creative endeavors.  Thanks for reading!! 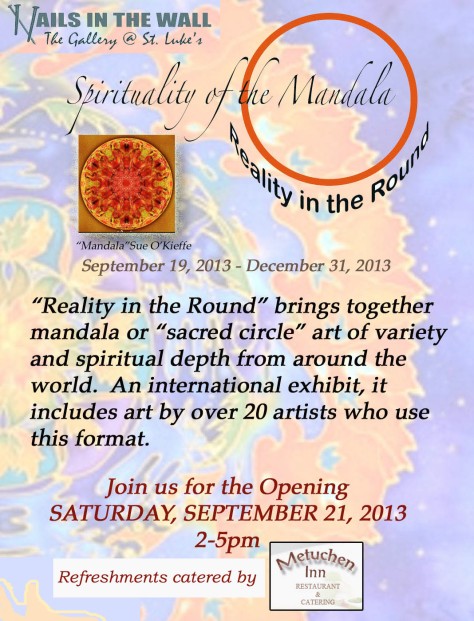 Then, that night, I move on to exhibiting art & hand made crafts at the ONE NIGHT SHOW  at the Court Tavern in New Brunswick, NJ, 9/21/13,
9pm-2am, local artists, old-time burlesque act& several local, live bands!! 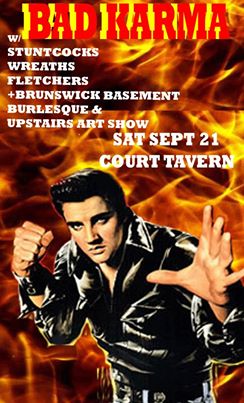 Sunday, Sept. 29 I’ll have a booth at the HIGHLAND PARK ANNUAL ARTS IN THE PARK free outdoor art fest, main St., Highland Park, NJ.  I’ll be with the H.P. Artist Collective all day so stop by this well-attended, fun family event!
And finally I thought I’d share with you that a children’s book I illustrated for an author in California has been published!  A touching, inspirational, TRUE story about a medical doctor who saved a horse’s life!  Here’s the link to POLLY’S PROMISE…
http://www.outskirtspress.com/pollys_promise/
http://www.barnesandnoble.com/w/pollys-promise-david-denton-davis-md/1116306117?ean=9781478702757
http://www.amazon.com/Pollys-Promise-thriving-surviving-turning-disability/dp/1478702753/ref=sr_1_6?s=books&ie=UTF8&qid=1377112400&sr=1-6&keywords=Polly%27s+Promise

Hope to see you at these art events &/or online!

When Artpromotivate blog founder, Graham Matthews offered artists a chance to be a part of his blog swap I jumped at the chance to be included!  His site is provides great, up-to-date, helpful info for artists and features creatives of all kinds on the site (yours truly included!).  He was kind enough to link my blog to his so I’m returning the favor and highly recommend you check out Artpromotivate!

OK, so here’s the link button…hope it works and shows up as a visual graphic….if not you’ll just see code & I’ll have to attempt to figure out how to get it to display properly, so if that happens, be patient with me!  😉

O Mother, where art thou?

With Mother’s Day coming up this Sunday, we’re all thinking of gift ideas, where to take her to dinner, what cards to get for her…it’s the day to honor all the Moms out there so I thought I’d share with you some of the Mother’s Day greeting cards I’ve designed.  Some were commissioned by card companies and others I did for my own line of cards, but I own the (c) to all of them so all are available through yours truly.  I hope they inspire you to come up with nice ways to celebrate this special day with your mother. 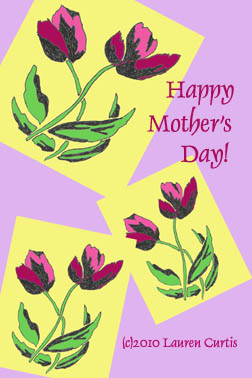 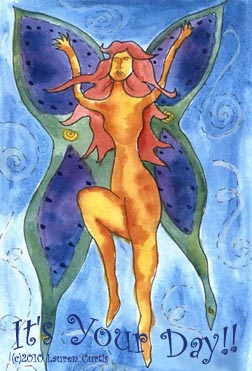 Would you like some T?  Not the beverage but unique artistic T-shirts and just in time for Spring/Summer!  Now that it’s FINALLY warming up it’s time to refresh your wardrobe with these cool shirts featuring original artwork by, who else?…me!

You can see more samples on:

Custom design orders welcome!  Reply to this blog or email me at forestwalker333@hotmail.com with any questions!

PAYPAL accepted to me at forestwalker333@hotmail.com  (please use GIFT payment option if possible).  Checks/$ Orders mailed to:

Happy March, everyone…Spring is almost here and people will be coming out of hibernation so I thought it was time for a little shameless self-promo! I’m a full-time freelance artist who creates unique logos, promo/marketing material designs, book & CD covers, illustrations for publications (including children’s books) & more! So if you need to hire an artist for these services, I have reasonable rates, keep in regular communication w/ clients & always meet deadlines! You can see work samples here:
http://www.LaurenCurtisArt.com/ (commercial & fine art)
http://www.laurencurtis.imagekind.com/ (cards, T-shirts, photography, illustration)

That’s all for now but I’ll be posting a BIG art announcement next week!

Have a fun weekend. 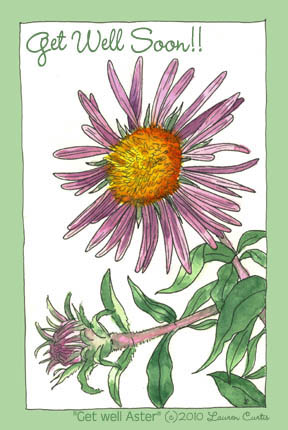 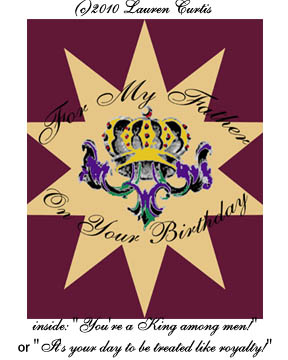 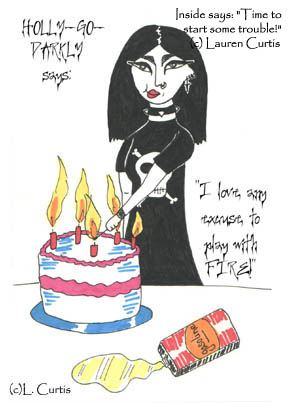 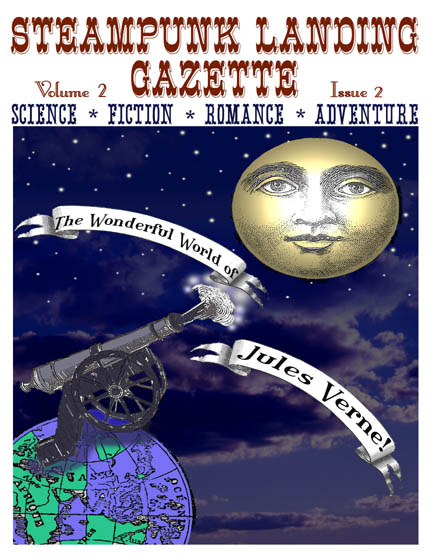 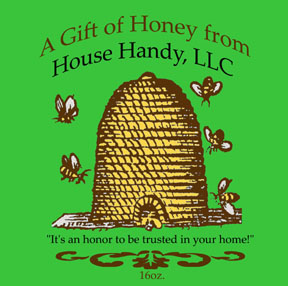