One of the best things about being a freelance artist is creating illustrations for novels. I get to work with imaginative authors to bring their visions and stories to life, and often, clients become friends along the way!  This is the case with Hawaiian author Samuel Omega Salt.  He hired me in 2014 to create many pen & ink illustrations for his spiritual, intriguing auto-biographical novel and we are now working on part 2.  I found his story so interesting that I invited him to be a guest blogger to share what inspired him to write his novel, “Preacher’s Kid”…

My Father was an ordained Missouri Synod Lutheran minister, who served God  faithfully until his untimely death. Through Christ our Lord he gave me my  foundation built on the rock which I stand. The confidence of believing what  cannot be touched or seen, taken solely on faith.

Both sets of Great Grandparents came from the old world – Germany. Pre –World War I. My only claim to fame is my Grandmother on my Father’s side was  born on the ship that brought her to this large melting pot called America.

Wait a New York minute, that’s a fib. I am living proof miracles can, do and will  happen. From birth according to Mother, I came close to death as an infant on  numerous occasion. An as a young teen, I played chicken with a train caboose. I hit that caboose broadside doing over 100 mph. I literally walked away from that  major collision on my way to church. All of this and much more is in volume I  PK  Preacher’s Kid.

I moved to Hawaii in December 2003 from the original 13 Colonies, Atlanta  Georgia. Lost my southern accent to the Hawaiian W, which is a V sound.  Havaii.  Ewa is Eva. Little tidbit from your uncle Earl. Hawaii is where all  rainbows come from and the Menehune like to play tricks on you.

I also lost my sister Ariel in January 2016 and the death of my Father is still very close to the surface. Adding fuel to the fire, not just writing about the previously stated, I also have to tell the story of Izzie. The second person I have  ever fallen madly in love with. Maria being the first. Many a day tears blind me from seeing the keyboard clearly and the shadows of melancholy over power me. Don’t be disheartened, I will recover and forge ahead. I’m currently  working on volume II and talking to a new publisher.

Facing his own image in the mirror and not recognizing his reflection was the last straw. A haunting figure broken on the inside and his attire skintight, gut sticking out from under the sweatshirt and overlapping his belt and pants. You would never guess he once was a star athlete half a life ago.  Zac found his way to Dr. Phoenix Redgrave’s doorstep, emotionally dead, fragmented into a million pieces of emptiness. His last chance for atonement and survival back to humanness.

Choices, two sides of the same coin. You can call it heads or tails — choose… and accept the consequences of one’s choices that may changes one’s path and the decisions one makes thereof. A wise man once said, “Think before you act and before you speak.” Choose wisely. 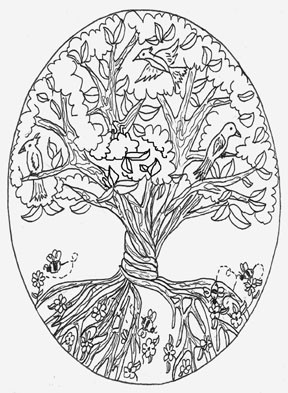 Whoever guards his mouth and tongue keeps his soul out of troubles. Proverbs 21:23  Tree of Life Version.

Don’t talk so much. You keep putting your foot in your mouth. Be sensible and turn off the flow! Proverbs 10:19 Living Bible

Fools care nothing for thoughtful discourse; all they do is run off at the mouth. Proverbs 18:2 The Message

An all— America boy — your garden variety male specimen growing up in the Midwest. Zachariah Wolf is a ‘PK’, a Preacher’s Kid’. The son of a pastor means your life is always under a magnifying glass. What really happens behind closed doors is out of sight from the prying eye. From birth Zac struggled with an under-developed esophagus causing mucous to block off the air passage Zac would gasp for air. He also has a learning disability later deemed as dyslexia. This caused his mother to resort to extreme abusive tactics of discipline from as far back as he can recall. Can you memorize a prayer with your head in a toilet?  Now I lay me down to sleep…

As Zachariah grew into adolescence, the abusive relationship with his mother did not affect his athletic ability and achievements. The doors of opportunity opened as he gained popularity, he took full advantage with a full ride scholarship.

The escapades of young manhood did not escape him in college life.  Zac strutted like a rooster around campus moonlighting between two older chickadees. In reality, the women were the foxes in the coop. One got his virginity, both trained him to their pleasures of womanly wiles….

To read the full story you can find the book at amazon.com | Barns & Noble | iTunes | Google play

Please write a review of the book on Amazon and Barnes & Noble.