One great thing about the internet is how easily we can connect with other creative and like-minded people!  I recently made a connection via LinkedIn with Bob Coar, a unique comic book creator.  I liked his original perspective on current topics and political issues and also enjoyed the artistic style of the illustrations.  So, I invited him to be my latest guest blogger & share some insight into his revolutionary world of comics….. 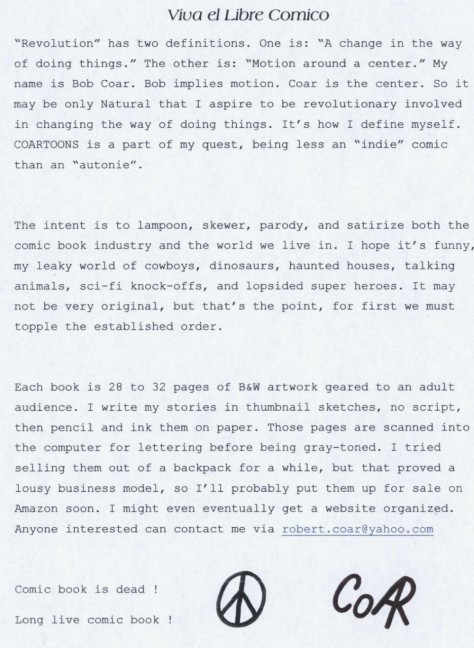 First off I’d like to WELCOME all the new subscribers to my art blog!!  I decided to try to gain new subscribers by posting on Facebook that I’d love to break 3000 followers and IT WORKED!  So, a big THANK YOU to all that read this blog, both old and new, and I hope you’ll enjoy what I post!  I promise to keep it interesting and informative without bombarding you with constant posts.  Also, you’ll be kept up to date on my exhibits, vending events and new artwork, and I’ll also keep featuring guest bloggers as it’s not “all about me”…there are many talented, creative people out there and we artists need to support each other!  So, if you’re an illustrator, painter, writer, crafter (especially of the Gothic or Steampunk genres), poet, tattoo-ers, etc. please leave me a comment here (& a LIKE) and let me know if you’d be interested in writing a guest blog post for this page!  Any press is good press (& this will be great press)  and I’ll include a link to your website too.   Just keep it related to art.

Its Your Day Card (c)Lauren Curtis

And, I hope you’ll ask your friends to subscribe to my blog too…the more the merrier…and please also leave comments on the types of art related topics you’d like me to discuss; marketing, social networking, exhibits, different mediums, freelance work, art fests, etc.  All comments and questions appreciated and answered!

THANKS AGAIN & now onto 4000 subscribers!

Hi All! I hope the beginnings of 2011 are going well for you. A new year calls for opening your minds to new things so I’d like to feature something a bit different…an “alternative” (in quotes on purpose, as it’s actually based on ancient practices) view on religion/spirituality. I, myself, practice an Earth-centered, nature-based spiritual path and it requires creativity in it’s own right so I felt it was appropriate to include in my art blog as a lot of art stems from some sort of belief system or a reaction to or against it. I hope you enjoy this guest blog from my friend Mona, and that it opens your hearts and minds to creative views on spirituality.

My name is Mona but I usually go by my Sanskrit name, Iraja, which means “daughter of the wind.” You can find me on www.paganspace.net and www.gaianvoices.com, and various other Ning and Yahoo groups. Devi Spring coined the term “IndoPagan” and that is what I call myself. That means I’m Pagan and I follow the pantheon of the Eastern deities, specifically Shakti, the female powers. Durga and Shiva are my main deities. Some people think that means I’m Hindu; I’m not. I do follow many of the teachings of Sanatana Dharma (the original name for Hinduism). I also follow many Yoga philosophies, and Yoga is not necessarily Hindu, though some Christian groups lately have tried to make it so. I also am Spiritualist and a Witch. My Circle Priestess calls me her “Hindu Witch”, which really is a misnomer. So after all that, I am sure I have confused you even more.

I am divorced, retired and on disability so I have time to pursue what I choose, finally. In March I’ll begin training as a Yoga teacher, specializing in Yoga Therapy. Currently I attend Yoga classes 3-4 times weekly and practice at home. Yoga is THE BEST medicine for back pain!

I am a Spiritualist. Spiritualism is the art and science of communicating with those who have crossed over. Yes I’m a Messenger. I believe that everyone has that gift but most do not practice it or trust in it. That is the key. On Pagan Space I have started a group called “Pagan Spiritualists of Indiana.” It is an on-line group but I hope to develop a core of folks who want to be involved in a local group, meeting periodically for meditation and to exchange “gifts”, or messages. This is the old-fashioned Spiritualist way, but with Pagans.

Over the years I attended every Spiritualist church in Indianapolis, one for several years, but I was restless. Eventually, I realized that they were Christian underneath, and I wasn’t. Hence the word: church (Duh!). After those experiences, I finally found a name for how I truly believed – Paganism.

Most people who come to Paganism, or any branch of Paganism, come from a relatively strict religious background. Many call themselves “reformed [insert religion here].” I am different because I come from a non-religious background. My mother was a non-practicing Mormon and my dad was an absentee Pentecostal. I have no good or bad religious memories from my childhood. When I was a teenager, one of my elder sisters became Baptist. She pressured me but by then I was old enough to know better. I started searching for my faith while in my 20s and found it in my 40s. I’m 55 now.

“The greatness of a nation and its moral progress can be judged by the way its animals are treated.” – Mahatma Gandhi

From my friend Richard Wilde of Artybuzz:

New Art Mural Wallpaper Website Launched
A new art and mural wallpaper company has been launched this week that aims to blur the lines between wallpaper design and art. The company, MuralsWallpaper.co.uk, aims to create exciting new possibilities and a new way of thinking when it comes to interior design. By offering unique services including art wallpaper murals and a service where you can get your own bespoke wallpaper designed and created just for you, the company aims to revolutionize the way of thinking when it comes to decorating homes and commercial premises in a unique way.
The company is looking to bring together designers and artists who can offer their skills and services to create original designs and art murals that can be sold as wallpaper permanently on the new website. A few artists are already contributing works, and the company is now looking for even more unique and interesting creative’s to contribute designs. The website could also prove a good money-earner for artists, as all profits on sales are split evenly between muralswallpaper.co.uk who manufacture the wallpaper, and the artists who design them.
MuralsWallpaper.co.uk has been developed by the team behind the art community website Artybuzz.com. The creators feel that this new project will be of great interest to artists who would like their work created and shown in new and interesting areas. The concept is also an interesting offshoot from the current print on demand service offered by the team.
For artists and designers who are interested in getting involved and having their work produced and sold as murals wallpaper, they simply need to visit the website at www.muralswallpaper.co.uk and get in touch if they would like their work to be considered.

Hi All,
Once again, I’m happy to introduce you to a great artist I met on LinkedIn, Laara WilliamSen. Here’s her guest blog (& look for mine on her blog site soon!)… http://’laarawilliamsen.wordpress.com

I have really enjoyed being a part of The Twitter Art & Social Media Group Exhibition at the Diane Farris Gallery in Vancouver, B.C. What has become clear to me from participating in the exhibition is that there are two strands of artists using the internet. The first group of artists are using content from the internet to actually create their art. The second group of artists are working from their studios and making use of the internet’s social media to further their careers I am distinctly in the second category having been active in the studio as a painter for over thirty years. Only recently have I acquired enough computer “smarts” to use the internet’s social media!

Now, having become very active on the internet, I just love it. Because of my Linked in connection, the blogs that I write and my web page I am happy to tell you that throughout Canada, the United Kingdom, Belgium, the Netherlands, Denmark, China, Ireland, Spain, Italy, South Africa and across the U.S.A., I have connections to Galleries, C.E.O’s, Foundations, Artists and Artist Groups.
I enjoy touring the MOMA on line and seeing exhibitions that I otherwise wouldn’t see! Some of the online groups that I belong to include; Emily Carr University of Art and Design Alumni, Art Professionals Worldwide, Fine Art Network, Art Collecting Network, Art Marketing, Scientist Artist Collarborations.

The internet gives me both a personal sense of where I fit into the contemporary art world and expands my knowledge of what is imminent. Because I am more informed, my art reflects this. I am currently creating oil paintings by re-inventing some of the Hubblecraft photographs of the universe. Next month and in June, I will be exhibiting in group exhibitions in Naples, Italy, Germany, London, UK and New York, USA. I particularly enjoy the amazing friendships that I am forming with artists from all around the world! 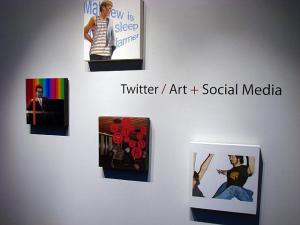 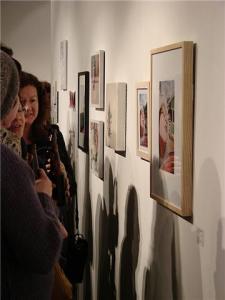